In previous letters I’ve written about how the current long-term uptrend of the stock market is beginning to show signs of age. I’ve characterized it as “getting gray around the temples.” What it means is that slow, albeit subtle, change is taking place beneath the surface and this change is not being reflected in the major stock averages such as the S&P 500. The result is that the stock market’s risk level is slowly beginning to rise undetected by most investors.

The risk I’m referring to is the historical pattern whereby market erosion usually begins in the small cap stock segment, eventually spreads to mid-cap stocks, and finally to large-cap stocks. As this pattern unfolds, investors don’t realize it’s happening because the S&P 500 continues to rise to a new all-time high. So, small-cap stocks and eventually mid-cap stocks decline under the cover of a rising S&P 500. This happens because the S&P 500 consists of large-cap stocks which are usually to last to succumb to intense selling. Market indicators we follow have been telling the story of slight deterioration in the mid-cap segment but substantial deterioration in small-cap stocks. This is one of the early warning signs of an eventual major market top, and resultant bear market. However, it’s important to note that the more advanced signs of an aging bull market have yet to appear, signaling that many more months remain in the primary uptrend.

With this cycle of erosion in mind, an investment strategy must be in place to deal with it as it occurs. As I’ve said, we have already been seeing substantial weakness in the small-cap segment. Therefore, each time the S&P 500 achieves a new all-time high, investors should review their IRA and 401k accounts, looking for any stocks or mutual funds, particularly those in the small-cap segment that did not also rise to a new high. After closer inspection, if signs of sluggishness exist such as poor relative strength, they may be candidates for culling. Generally speaking, once stocks begin to underperform in an aging bull market, they rarely regain their former strength.

To repeat, large company stocks are usually the last to weaken as a bull market ages. Therefore, a process of culling weak performers and reinvesting the proceeds into large company stocks within the strongest industry groups and sectors should be done on an ongoing basis. This disciplined process of upgrading your IRA or 401k should be done throughout the remainder of this aging, yet resilient bull market. Failing to do this could cause serious harm to your retirement account and retirement goals in general. As an aside, this process of culling and upgrading should be a key component to every investor’s strategy regardless of where we are in the market cycle. 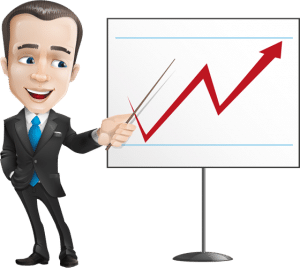